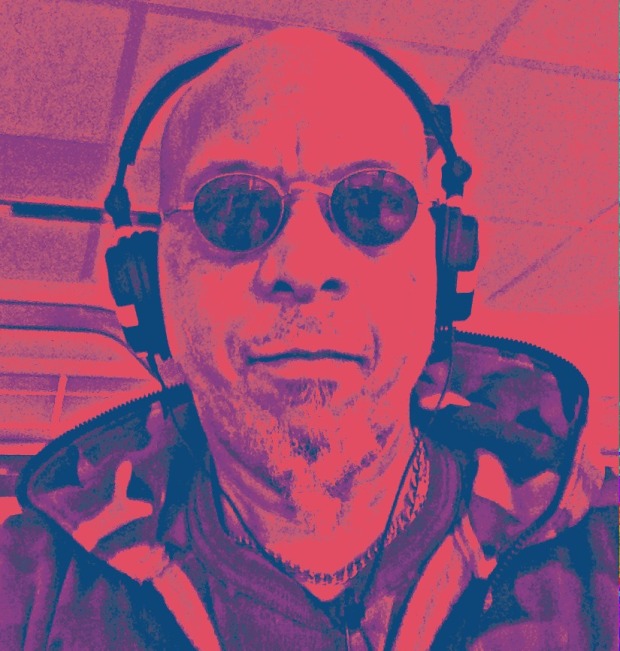 I had an interesting experience last night that has affected me immensely. I had been on a date … way out in Queens – in Rockaway to be precise. Do not even ask me how that came about but as you can imagine, the late long ride back into Manhattan was almost surreal. I started out on the night-time Rockaway Park Shuttle at an “ungodly hour” (it must have been close to three a.m. when I boarded the train); again – do not ask me why I decided to return back to the City in the middle of the night. I had my reasons …

Anyway, just when I thought that my life could not become any more bizarre, I looked up to see a Puerto Rican man of about thirty years walking through the train, dance-walking from car to car … and he was laughing and speaking calmly, but rather loudly. There were not many passengers on the train at that late hour but those of us that were riding the metro either wanted to sleep or were hoping to find safety in the relative peace and quiet that accompanied the seeming eternity between each station before we reached the neighborhoods bordering Manhattan. The guy did not look particularly dangerous in his appearance or body language but he had a way of getting under the skin, all the same. You see, he was a self-proclaimed “doomsday prophet” (aren’t they all self-proclaimed?), and he took it upon himself to inform us that that particular train was not – in fact – going to Manhattan, but was going “straight to Hell!” (It was spooky … like a train ride to an extermination camp.)

Yes Bertrand, it was a most eerie experience, if not uncomfortable. Several passengers fled the car to escape his ranting, retreating in the direction that he had come from. Others, who had planned on getting off at the next station, seemed to run out of the car and scatter like cockroaches when the doors finally opened. Upon seeing this, he merely laughed and continued his trek to the next car on the Metro train.

It put me on edge, even though I could see the humor in the situation. Here I was: concerned about possible gangs or muggers, and the impossibility of escape in the event of trouble; and a decently dressed “doomsday prophet” managed to freak me out with his talk about the eternal train ride ending in Hell. It was – strangely enough – reminiscent of Sartre’s “No Exit”, I guess. The “Hell” was the eternity of the train ride itself. And the “social dissident” of a prophet was the Messenger of the Devil himself.

Anyway, I was dog-tired by the time I got back to my flat on the Lower East Side of Manhattan, but I was – at the same time – all too “wired” to get undressed, shower and make up the bed so I could crawl under the covers and sleep in late on Sunday. (I had stripped the linen from the bed before I left for Queens, and did not have time to make it up again as I was running late. That did not seem to be a problem since I had planned on sleeping over in Rockaway, but well … we know that did not work out.) So, I put on the tv, made myself a scotch and water and stretched out on the sofa … thinking about my date. What happened next is unclear. I mean – I know that I passed out on the sofa, but I do not know how much really happened and how much was possibly a dream, or a vision after returning from the train ride from Hell.

Anyway, here is my account of this crazy vision of mine – at least what I think I remember:

I lie on the sofa — half-asleep in a wet dream,  my body lubricated with sweat and the room pungent with the imagined scent of  dripping man-cunt and semen. The ringing of the telephone disrupts my fisted dance with an impudence that only can be described  in four- or five-letter words, and a disturbing  feeling comes over me — somehow  I know that something is amiss –  this crazy vision of mine offers no humane release; there is no humanity  anymore — only the immorality of so-called ‘morality’ and idleness. They say that idleness is the work of  the Devil, yet society binds us to television and global propaganda  ranging from politics to advertising:  a sadomasochistic mind control.  Big Brother is not watching us –  we have become Him willingly,  embracing uniformity and ratting out suspected dissidents — be they  enemy or friend, neighbor or mother.  I pick up the receiver and before I manage to grunt ‘hallo’ I hear a husky breathing sound –  not quite panting, but a relentless deep-seated  emanation evolving from  the caller’s spleen.  After two minutes of mutual  breathing into the receivers,  I excuse myself to go get a cigarette, and we continue our duet — my caller singing  the baseline while I willingly  exhale the melody.  When my suitor abruptly hangs up the telephone  I fall back onto the sofa, finally spent — and immediately depressed.  I cannot get the experience  out of my mind. It is forever embedded in my libido … and I will never again be the same.

(The preceding text is in part an extract from my novel “Entre Nous”.)