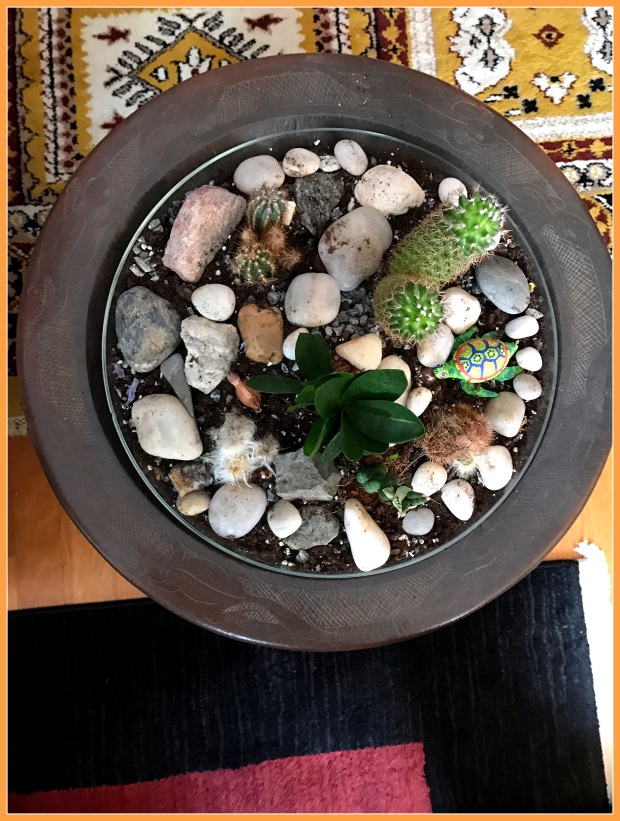 norwegian haiku —
salmon in a sushi roll;
exotic and fresh. 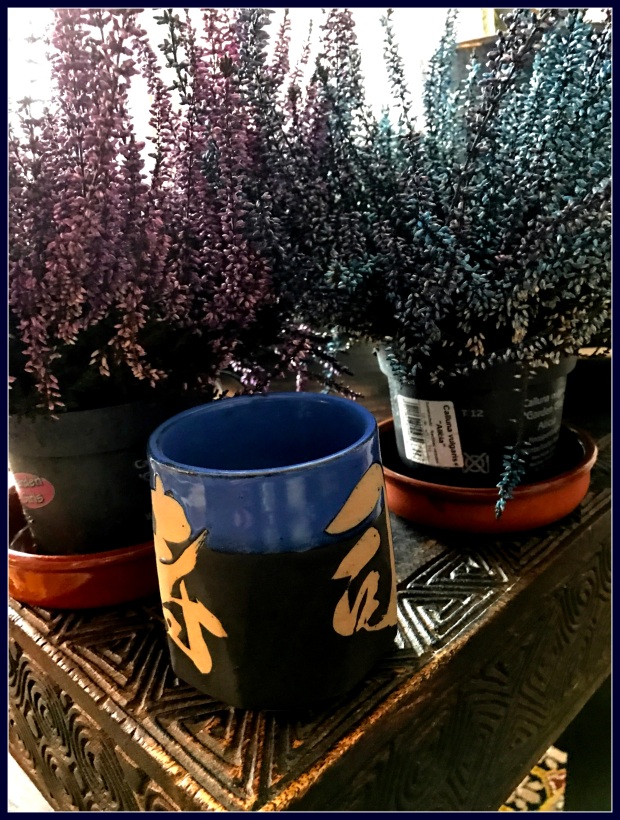 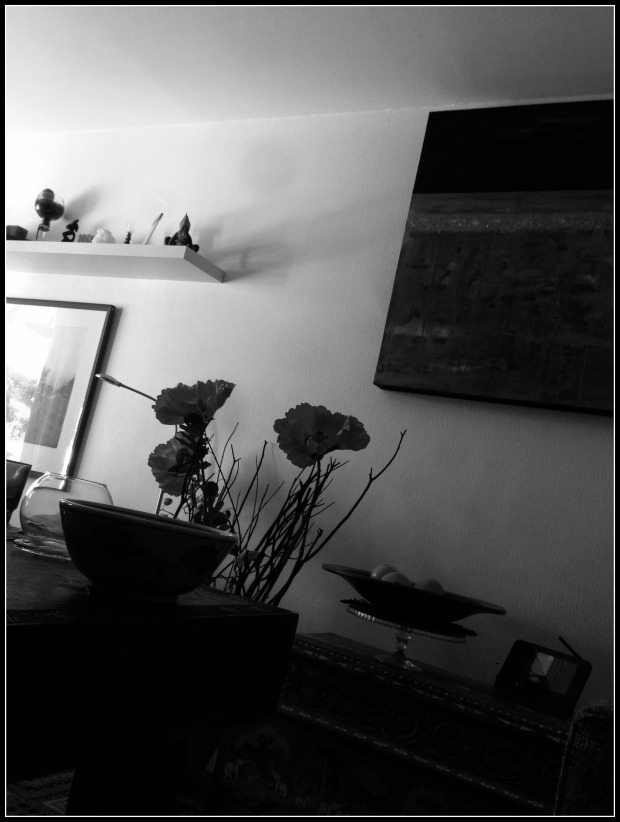 Yeah, he’s a survivor …
His alcoholic mother has breast cancer;
and his ‘dad’ left long before
he was born.
Living in a trailer park
has its perks: no one really
cares if you stay out all night …
or for days on end, for that matter.
Yeah, he’s a survivor …
His sister is an ex-whore;
struggling to stay ‘clean’
so she can keep her job
as a cashier at Wal-Mart.
Her loser live-in boyfriend is
a ‘good-for-nothing’ …
a fucking bum who
won’t even bother to recycle
bottles discarded in garbage
receptacles or containers.
Yeah, he’s a survivor …
He gets beaten every other day
at school; and slapped once-a-week
at home. He’s used to it: doesn’t care
anymore really, but he has recently
begun carrying a switchblade to see if it
can be a deterrent … like going to war in Iraq.
He dreams of getting a handgun, and is hoping
that someone famous will one day pimp his ride.
Yeah, he’s a survivor …
He takes his HIV-meds when he remembers.
Life is a sweet mixture: sometimes ‘heaven’,
and oftentimes ‘hell’ … depending on the ‘high’,
the sex or the lack of either (or both).
A neighbor-punk called him ‘faggot’ once …
He just smiled … causing the asshole
to run in haste and fear. Who cares?!!
It’s all temporary anyway; what with
global warming, nuclear threats, serial killers
and terrorism .. and those fucking ‘super malls’.
His favorite posters in his room are pictures
of victims: from the second world war, from
natural catastrophes, from terrorist attacks …
anyone who reminds him that he is one of
the lucky ones.
Doesn’t matter. For the moment anyway.
At least that’s what he thinks when his
mom blasts the old disco hit “I will survive!” …
the one time in a blue moon when he
sets himself down to do his homework.
Yeah, he’s a survivor …

Heritage … right!
So what has your generation
really passed on to me?!!
A set of identities that often don’t fit;
a world riddled with standardization,
wars,
lies,
plastic reality-show idols,
virus,
global warming,
uncertainty,
and all too easy access to drugs …
(that sweet salvation that ultimately enslaves).
Sure, I respect what you worked for:
a sense of potential, and the
personal freedom to express my
‘right to be me’.
But what the fuck does it matter when
individual isolation in an
out-of-control jungle presses me
further inward than you ever were?
I won’t give up today’s cyber-existence;
but sometimes I really do envy your
‘Good old days’ …
Heritage … right!

(from “Gaytude: a poetic journey around the world”) 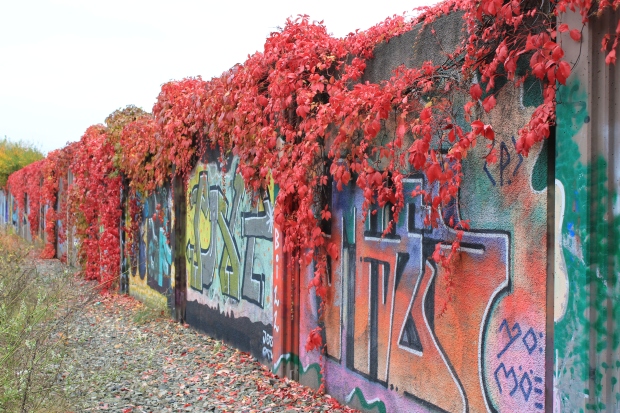 Hey Homeboy!
Ran into Faith, your woman,
up in the barrio last Saturday.
She wanted to know how her ‘homeboy’ is.
I told her you was still doin’ time.
Her ma won’t let her write,
but it ain’t been the same, bro’.
Little Julio’s started dealin’ crack,
and she’s two months pregnant.
When I asked her if the kid
was yours, she started cryin’.
I didn’t know what to do, man;
so I put my arm around her
and mumbled: “You gotta keep the fai …”
Then I stopped, dried her tears
and smiled, while sayin’:
“If Homeboy was here, he’d tell you
to keep the baby, Faith.”

(from “Collected poems and stories”)

Differentiate dream from vision: I heard a voice
telling me it was
so softly
in whispers become fingers insistent each
a separate story in whispers become
a hand coming to rest assurance
on my brow smudging wrinkle away from shadow
Shadows become whispers
sliding into sleep, dreams descending
to a new crescendo to vision turning
on its heel and reminding
in whispers as indifferent as relentless
as ocean waves
going about the business of being ocean waves.

SPLASHING whispers gone amok;
red paint SPLATTERED on white sailcloth ..
one green eye and one brown
talking with one another
but without seeing;
leaving me DISJOINTED but not perplexed.
My dream-catching whispers are now
quite rambunctious and I’m feeling rather
PURPOSELESS while
GASPING for words on the edge of an eternal
moment for moment
flirting with smothering cobwebs ..
TURN ME LOOSE!
You’ve shown me more than my whisper can digest.
You’re falling far .. far past the point of
being in love with yourself and
I want to cry more but
my tears have given way to
HOARSE, LICORICE WHISPERS.
Turn me loose … turn me loose ..
A pale oyster-moon has just slithered past
the sweet nothings and penetrated my inner ear
STOP …. PLEASE

Don’t speak.
SHHhhhhhhhhhh……………
“Speak softly,” my conscience says.
There is no room for doubt in such proximity and
waking hours spent running and arranging and defending and
composing and planning and
(GRUNT)
Sometimes I think that our sounds don’t
really match anymore …
a mad woman running from place to place in sensible shoes falling
asleep on buses and subways snarling
at old ladies coming too close with their dripping …
If only men
could bleed for love
as only women can … perhaps
then I could surrender to your whispering.
You do still hear me, don’t you?
Umbrellas. THEIR
LARGE BIRDS’ MOUTHS open and shut open and shut in silence.
You stalk my emotions, steal my words ..
(Openings rest there near rapture.)
SHHhhhhhhhhhhh…….”Don’t speak,” you say.
Fuck off …
Meanwhile an honest feast takes place unperturbed
in the moonlight.
Just because you’re not actually being
followed doesn’t necessarily mean that you
don’t have a right to be PARANOID.
Hey! Are we talking about your experience
of my words …….. or mine of yours?
I
CRASHED
but nobody noticed my shadow mingled swiftly yet another meek
whistle
among their own; they went right on eating.
I just want to SCREAM In silence.
SHHhhhhhhhhhh…………… WHAT?!!!

All I do is salvage the remains and begin again A Broken Child
teeters with epileptic balance
down along the sidewalk. Paranoia reduced to one
crystal fragment fractured and reeling in umpteen patterns,
each collecting and then returning
whispers
in its own fashion. I can’t
catch up with it: it shifts
quicker than I can move quicker than
the frenzy of my thoughts. Shiny white minnows fly
into sight like mirrors, now gone
missing.
TIT FOR TAT this for that Heads
Nodding in implied
Consent PUPPETS not the thing like
the thing itself. We accept this
deception
and ravenously A broken room and all the while
the heart beats a dogged rhythm.

I get spooked when you corner me inside myself;
especially when you whisper those seductive,
unspeakable psychological assessments
against my ear-drum ..
tango-like rhythms bouncing
in a stilted, jerking fashion
I follow your lead
’round and ’round, closer and closer until ..
Our precarious showdown brings us
face-to-face with insecurity and dream.
An orchid unfolds an insistent
vermillion informs
pink petals distended
.. endings mute into beginnings ….
Screeching, flamebreathing dragons soar low over
violated plains of brainmatter.
As silk upon iron. Vibrato persists
confused but undaunted as wings span
a trembling distance
Fires of fear incite waves of internal uproar to sear the
ulcerated lining of delicate abdominal tissue, while
glowing corpuscles ferry hysteria into distended veins
and scorch alarmed nerve endings
.. crops fail, dams break, control centers malfunction ….
eyelids clamp shut in retreat from the horrors
of imminent disaster but optic darkness is cruelly
marred by vermillion blotches — proclaiming realization
of all that was dreaded yet intuited as inevitable.
Unprescribed; an estimate of
mute yet yearning finger
tips trembling search. Desist (as)
and as the war-drum heartbeats of
a million Amazons prepare to vanquish
my masculinity with insecurity at its
first indiscretion, I load my tongue with
silver arrows ..
Darts soaring swerve and distort
Falling short to collapse
mid-flight. One lone note
And mercilessly catapult the words ‘I love you’ against
your brazen shield and prepare to fall — breathlessly —
into the fiery ashes of countless charred impulses
raining heavily upon furrows of creativity;
cultivating retrospect with expectation.
Tests timbre tone tenacity. Yawns
and swallows seeds of hope.
One lone orchid
unfolds out of my throat
an insistent vermillion.

Our whispering draws to a close ..
the stillness of space around us
empty of airflow and sound;
all confirmed by the syncopated
racing rhythms of my own heart ..
unaffected by the rotation of the Earth
while breakdancing clouds laughingly roar
with all the grace of
SHATTERING glass.
And there our whisperings remain,
rather indistinguishable from the multitudes
and dulled by disclosure and dessication.

“Whispers” (a dialogue for two voices) had its world premiere in Kathmandu, Nepal (at Gurukul Theatre) in 2006.

Diane Oatley is a poet, writer and dancer. She is also the author of “Swoon”, published by Cyberwit.net in 2005. 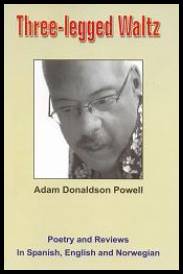 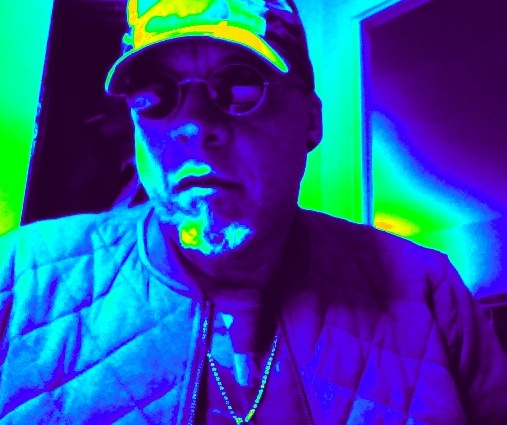