PERSONAL STATEMENT ABOUT EXTREME ART AND LITERATURE (and why I love semi-realism):

“Extreme literature” can be philosophical, political, religious, sexually-oriented, profane, or just downright ‘dangerous’ because it rocks others’ boat(s) personally. Not all literature is “pretty”, and even humour can be considered provocative. Many authors have works they (and others) consider to be “extreme”. All throughout the history of art and literature, artists and writers have pressed against and played with society’s tolerances – in both “liberal” epochs, “conservative” epochs and (as now) in states of “moral confusion”, where Western concepts of freedom of speech sometimes butt against national and local cultural mores and social politics; and where danger lurks and thrives on non-specific and situational social codes and fears.

The concept of ‘EXTREME ART AND LITERATURE’ changes all the time. What is actually ‘extreme’ today – in a mixture of globalised, regionalised, nationalised and localised perspectives? My own opinion is that ‘extreme art and literature’ today takes its starting point in the accepted banalities of everyday life, experiences and consciousness on the respective and combined levels (social, philosophical, political, economical, sexual and spiritual). Contemporary ‘extreme art / literature’ no longer attempts to shock in an obvious way, but rather entices the public to feel that he / she is a ‘member’ of the experiential understanding and consciousness, only to interject a “triggering” aspect that creates a sense of uncomfortableness caused by the realization that one has been busted by a banality. These “trigger mechanisms” are (in fact) integral parts of the art itself – often passing by in fleeting moments, sometimes blended in with an obsessive and “flat” (journalistic or photojournalistic) expression or a long tirade of banalities that do not even pretend to be surrealistic. These small “electrical shock” triggers will hopefully ignite an inner experience within the public so that the viewer / reader begins to investigate his / her own personal reality, his / her actual contributions to a collective reality and hopefully to re-evaluate his / her own concept of what one prefers to create as an individual and collective reality. The illusion of spiritual and emotion separation (the illusion that we are all separate, individual and self-sustaining entities that can determine our roles on Terra or in the Interlife totally without contact or influence with / from others) is a vital element here, and that common illusion is therefore “fertile ground” for artists. Here we artists and authors can play, provoke, prevaricate, entice, seduce and fool the audience to believe in us as a part of “themselves”, and then trigger the reader / viewer to consider the possibility that there might be (in fact) a miscommunication or misconception running loose … a sense of everyday reality that is inconsistent or which has consequences that one was never aware of.

Perhaps the most meaningful and interactive way to help another person to ‘wake up’ from their perceptual drowsiness is to enter into their everyday dreams and illusions (their banalities) and suddenly say “BOO !!!” Artists and authors who attempt to shock through their art with the blatantly obvious, often thus fail to explore and exploit the deeper, symbolic depths of the subconscious and the more mystical elements that make up our everyday and banal thoughts, activities, attitudes etc., and therefore are denied “personal access” by some viewers / readers who may consider the art to be too intellectual, too elitist, too directly confrontational, or too foreign. Sex and religion are often used today in art and literature as “shock elements”. It is not necessarily sex or religion which are provocative or interesting in themselves, but rather the unspoken and quietly accepted perceptions that we chain ourselves to unquestionably, and which can totally be set in chaos just by the artist and author changing or adding one simple element or context that we do not feel belongs in our reality-defining “picture”.

‘Extreme art and literature’ is thus not blatantly provocative in itself; it rather shows the audience the possible ramifications of acceptance, non-involvement, personal meanings and behaviour by confronting us with triggered or mixed in ‘extreme’ moments, and then lets the audience choose to begin its own personal creative life process of evalution and re-creation (if desired) … without commentary or guidance.

When I recently presented myself to Marina Abramovic as a “retired activist” she responded by asking me if an activist can ever be finished with activism. Of course, she is right. The process of rebellion is nothing more than one intermittent set of activities and actions in a constant redefining and assertion of the Self, both individually and collectively. Art is the ultimate expression of the process of rebellion. If an artist loses that quality, he/she “dies” in a certain way. My art and literature are not just extensions of me … they are my created persona: a sweet mixture of heaven and hell, with a pinch of mediocrity for flavoring.

(Reprinted from 2014, but my philosophy is still the same.) 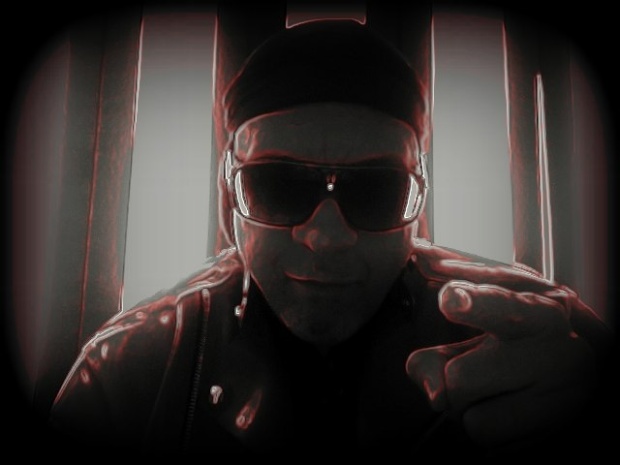 ESSAYS ON ACTIVISM FOR A SHIFT OF CONSCIOUSNESS

PRESENTING THE UNIVERSAL LANGUAGE OF LIGHT