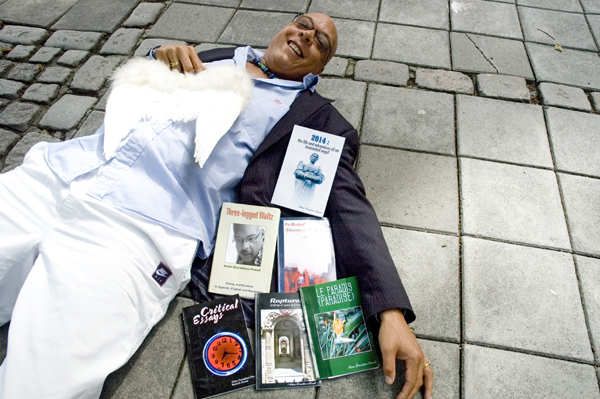 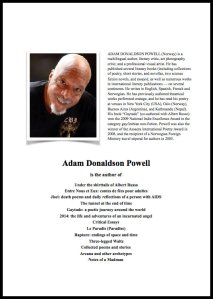 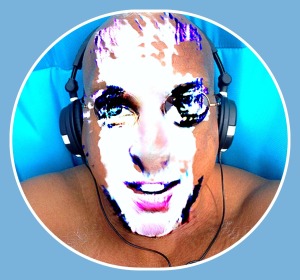 ADAM DONALDSON POWELL (Norway) is a multilingual author, literary critic, and art photography critic; and a professional visual artist. He has published several literary books (including collections of poetry, short stories, and novellas, two science fiction novels, a biography, and a collection of essays) in the USA, Norway and India; as well as numerous works in international literary publications on several continents. He writes in English, Spanish, French and Norwegian. He has previously authored theatrical works performed onstage, and he has read his poetry at venues in New York City (USA), Oslo (Norway), Buenos Aires (Argentina), and Kathmandu (Nepal). His book “Gaytude” (co-authored with Albert Russo) won the 2009 National Indie Excellence Award in the category gay/lesbian non-fiction. Powell was also the winner of the Azsacra International Poetry Award in 2008, and the recipient of a Norwegian Foreign Ministry travel stipend for authors in 2005. Powell also took initiative to planning and organizing the “Words – one path to peace and understanding” international literary festival in Oslo, Norway in 2008. He has been an author under the Cyberwit label since 2005, and he has published 13 literary books since 1987.

“Much in the way that would-be civilized debates are polarized by extreme thinkers on either side, this debate has been made to seem like an either/or proposition, that the world has room for only one kind of fiction, and that the other kind should be banned …

“But while the polarizers have been going at it, there has existed a silent legion of readers, perhaps the majority of readers of literary fiction, who don’t mind a little of both.”
— Dave Eggers, foreword to David Foster Wallace, Infinite Jest

Read some excerpts from the book HERE! 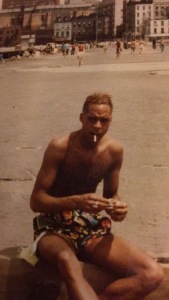 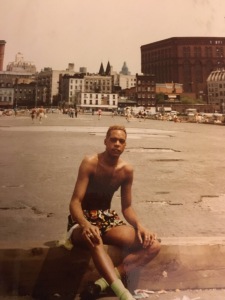 (Above photos of Adam taken in NYC when he was writing his first published book: “Notes of a Madman”)

And here is a quick recap/overview of my published books. For more information, please see the next pages of this blog. 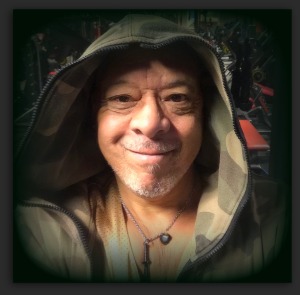 “Death is creative, but not picky — she will claim us according to her time schedule and whims, regardless of cause of Death. Don’t obsess over Death. Live each moment as if it were your first and last.”
— Adam Donaldson Powell